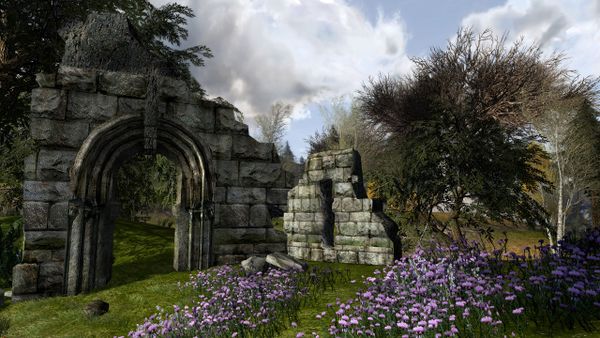 Eorlsmead is an area within the Great River region in Rohan.

Though the soldiers of Stangard are strong and fiercely loyal to their king, the village has fallen on hard times and hope is in short supply.

Established on the highest rise in the rolling plains of Eorlsmead, the Rohirrim village of Stangard keeps its watch over the region.

These landmarks are located within Eorlsmead:

The Eorlsmead Explorer is related to the area.