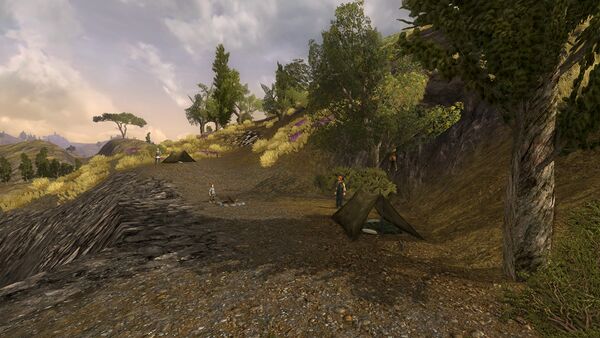 Just east of Ost Laden, a narrow path from the north quite safely arrives at this camp. Here members of the Eglain, and a Hobbit, have set up camp; they were put to flight by goblins and evilness overtaking their homes. Now they are ill-equipped and mourning their dead ones.

Characters is sent to the camp by Gadaric Munce, dwelling at the Forsaken Inn, to help his brother. Hunulf Munce and the others gratefully offer quests for Minas Eriol, and for the north-eastern plains and Naerost.

A safe path leads to the Lornspan: go straight east while hugging the mountain wall, high above the plains below. 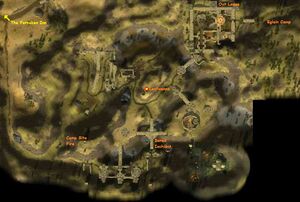 Terrain Map of Minas Eriol, SW of the camp