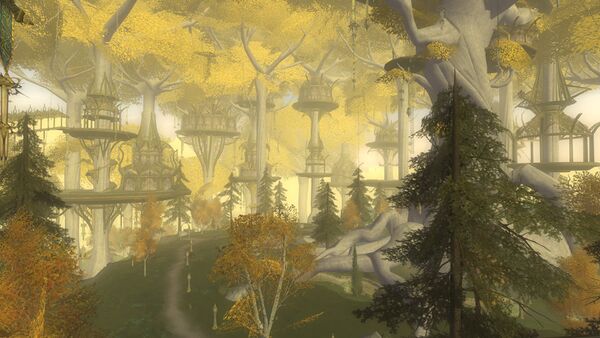 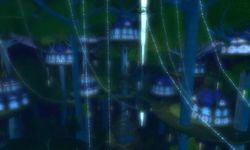 The highest flets of Caras Galadhon at night

Caras Galadhon is the great city of the Lothlórien elves [15S, 67W].

The city is built high in the largest golden-leafed mallorn trees of the Golden Wood, on various Telain or Flets. From the highest mallorn tree, Lady Galadriel and Celeborn rule their land from the House of Celeborn.

It is here where Gimli, Glóin's son first beheld the beauty of Lady Galadriel, and it is here where the Ring-Bearer and his companions took council with the Elves of Lórien. 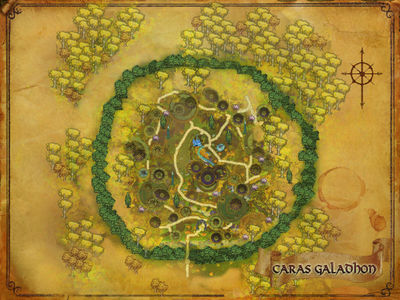 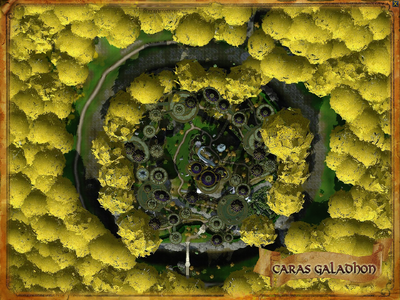 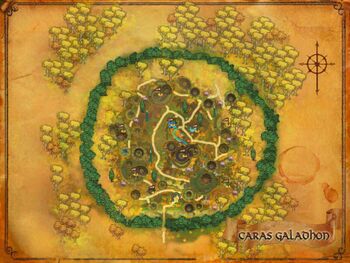 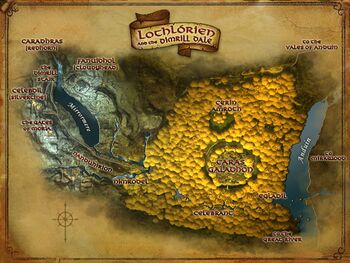 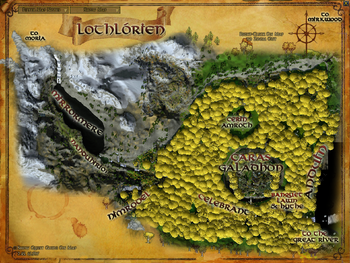