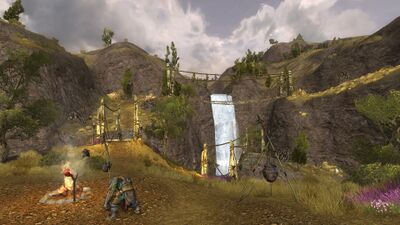 In the northern reaches of this area lies Bleakrift, a river dell almost straight north of Candaith's Encampment though by winding paths. This otherwise nature dell is occupied by orcs and it is their main holdout in the Weather Hills.