Hi, I'm Chris and I live in Washington State. I've been playing Lotro since Shadows of Angmar. You can find me on Arkenstone where I've started fresh after years of playing on Brandywine. My goal is to take my Captain, Galderex, through Middle-earth as I update, expand upon, and create pages that may have been forgotten with time. I've been playing MMOs since I was around 10 years old starting with Star Wars Galaxies. From there I went on the play World of Warcraft when it launched in 2004 and keep in touch with it up to this day. I also started playing LOTRO around its launch and while the game is dear to my heart, but I had never leveled past 50 for some reason. This means I had never seen any content from Moria and beyond. I think having some kind of direction/purpose with my goals to overhaul the wiki's pages on the game's world I can make it to level cap. I dabble with other mmos but LOTRO is definitely one I always find myself returning too. Outside of gaming I am also a software engineer, play the drums, and have a wife and 2 dogs whom I love. 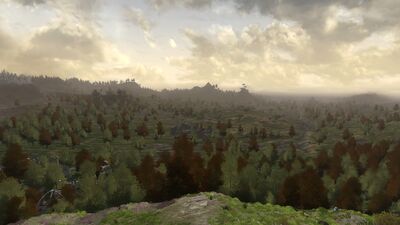 I don't have a specific focus, but I am generally going from one region to the next in order of level range/release date, filling out and expanding upon information that pertains to each region. Due to the large scale nature of my projects, each region can take anywhere from a couple weeks to several months depending on a number of factors such as my motivation, focus, outside life, and even the size of the region itself. Because of this, I foresee myself likely revisiting all regions once more when I'm finished to iron out mistakes I may have made in earlier regions when my editing experience was minimal. I have broken up my projects into the following categories of Completed, On Hold, In Progress, and Planned. Regions in Completed may need minor touch ups later, but are otherwise done. Regions in On Hold have been started but likely contain areas/sections I am unable to complete at my current level. Whichever region(s) I have in In Progress is what I'm currently working on. The regions in Planned are upcoming projects.