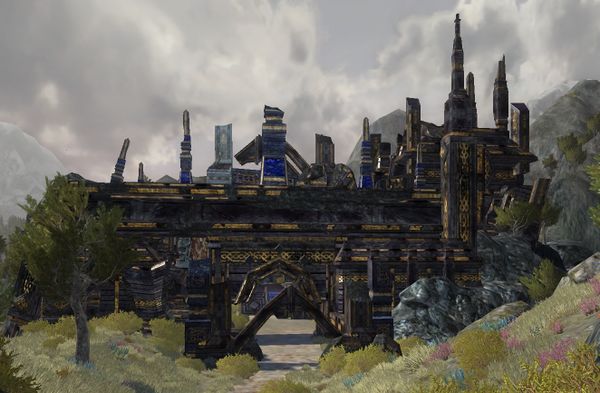 This gate has been worn down over the years, the bridge that crossed the Greylin into Elderslade broken down and visible along the cliff-face and river. The Men Angrún runs through the Rushgate.

The bridge is later repaired for the dwarves' march on Gundabad and allows access to Elderslade.

These deeds can be advanced by visiting The Rushgate. (With exploration, defeating creatures, or completing tasks)