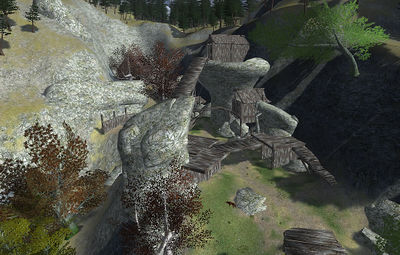 Outside Galtrev's north gate and some distance to the northeast lie the so-called Howling Caverns, which are not caves at all. This naturally occurring funnel-shaped valley tends to echo and magnify the wailing cries of the wargs that reside there, giving the location it's name.

Recently the wargs have seemed smarter, more vicious than normal, wandering about the hills of Dunland to be found in odd locations.

The following creatures roam within this area: