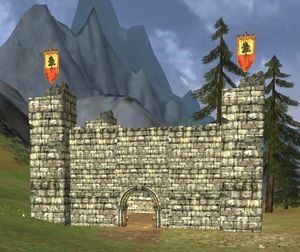 Plains of Gramsfoot Outpost was one of four Ettenmoors Outposts before the Riders of Rohan Expansion.

All outposts "begin" under the control of Gaergoth the Unbound’s forces from within the Delving of Frór. These forces will randomly reclaim those outposts.