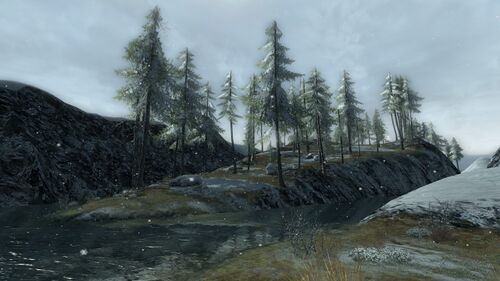 In the middle of a contributory to river Lhûn lies this island. The island is home to a pack of saber-tooths, whom are finding shelter among the trees before prowling the frozen tundra for prey. The ground gradually raises from the east-most shore to its highest point, where an unlucky Lossoth hunter is trapped, unable to leave on his own due to the nearby pack leader, Laulu-vihâja. 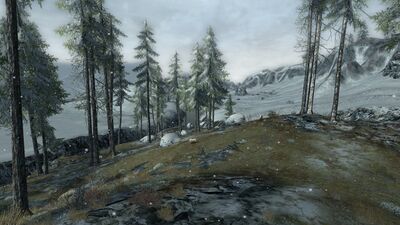 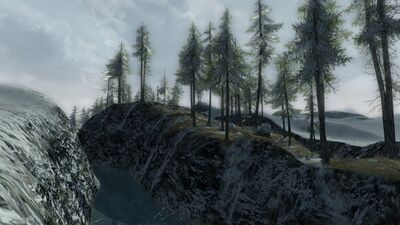 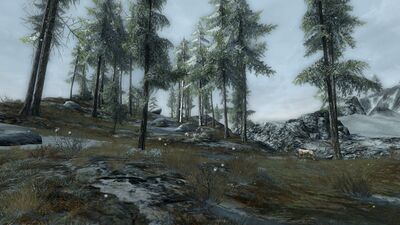