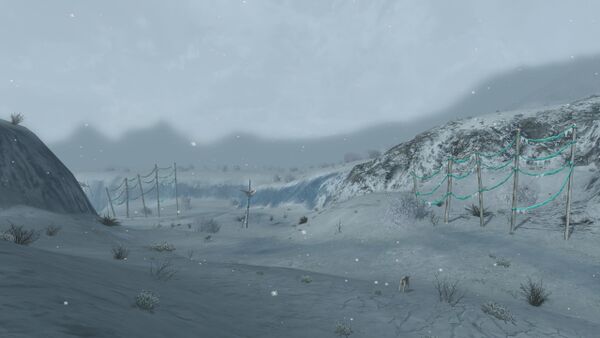 Jä-kuru (Lossoth for Canyon of Ice) is an area within Forochel, in the south-eastern region.

This is a glacier area that connects the southern Taur Orthon with Itä-mâ that lies by the northern Forochel Ice Bay. This area merely frames the south-north-bound road, which partly forms a tunnel under covering snow and ice, winding its way through from Kauppa-kohta to Pynti-peldot and beyond. Along the road travellers may occasionally meet wolves and elks.

Jä-kuru serves as the settings for the a daily skirmish which eventually yields the Icy Crevasse deed. Within the icy tunnels are abandoned dwarf structures found, but their history and purpose was forgotten until recently when Agoroth, the Narrowdelve was found again.

No services are provided within this area, except for the road. 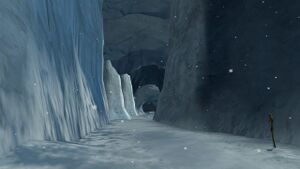 See "starting quests" and the landmarks for more quests
Involving