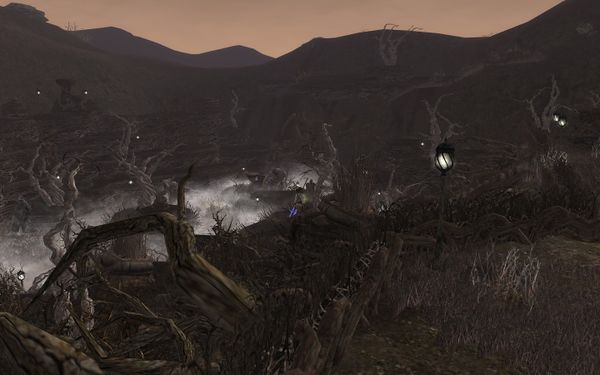 The Brown Lands is an area within the Great River region in Rohan.

Ravaged thousands of years ago during a terrible war, the Brown Lands are nearly inhospitable and are filled with withered scrub and stones as far as the eye can see.

These landmarks are located within the Brown Lands:

It is believed that the Brown Lands were devastated by the power of Sauron himself nearly 3,000 years ago during the War of the Last Alliance.
Before that, many beautiful gardens were tended by the Entwives here though little evidence of them now remains.