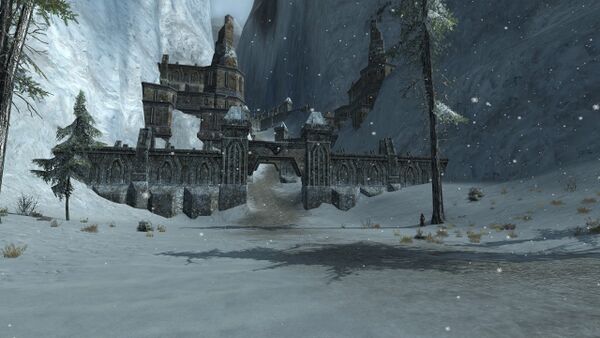 In the easternmost section of Jä-rannit lies this ancient fortress of dwarf craft, serving as gates athwart the road leading into Forodwaith. The innermost gates are currently locked. For long years Angmar has controlled the location but recently the Angmarim presence has become even stronger and now a large number are encamped behind the well-preserved walls.

Just before those gates Noora and Valio are studying a Mysterious Relic.

The Ironspan applies +3 Dread on those who are brave enough to venture into its fortifications. 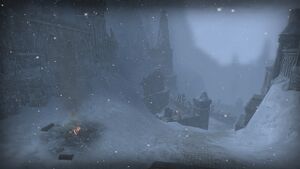 Looking west from the innermost gate

These deeds can be advanced by exploring The Ironspan:

The Ironspan was built by the dwarves long ago, as they sought precious metals and gems in the mountains of Forochel and Angmar. When the dwarves abandoned their endeavours, the Witch-realm of Angmar wrested control of the great gates. — Deed