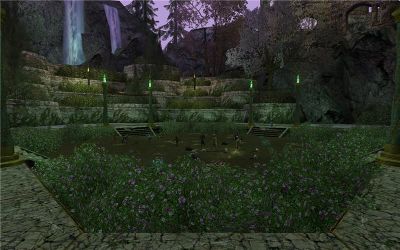 The Stomp-a-Shrew event was first added during Spring Festival 2010. It is held every spring inside a cave leading to the Festival Garden at Duillond in Ered Luin. The actual Stomp-a-Shrew event is repeated every 9 minutes. In addition, there are several optional quests available to players many of which are repeatable daily. 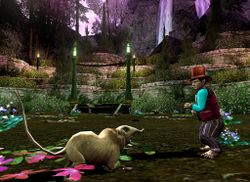 One of the following 3 quests can be attempted every 9 minutes when the shrew event is run:

Each of the preceding quests must be completed at least once before the next one can be attempted. Once a given quest has been unlocked, it can be repeated as many times as desired.

The quest below can be attempted at the same time as one of the above quests.