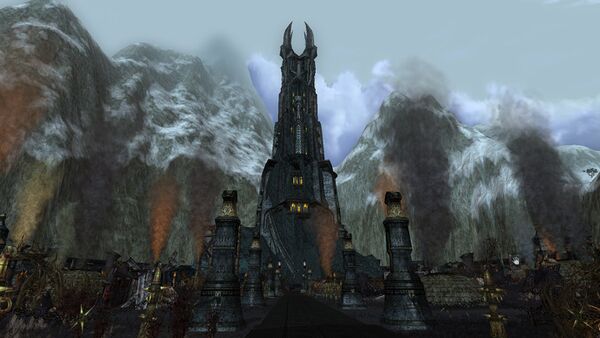 Ring of Isengard is an area within Nan Curunír.

The Ring of Isengard refers to the rocky walls that surrounded and protected the Tower of Orthanc. They grew out of the wall of a valley at the southern end of the Misty Mountains, and were worked by the early Gondorians so that they formed a complete defensive circle around the tower. They were torn down by the Ents to make way for the Treegarth of Orthanc at the end of the Third Age. [1]

Locations found within the area of Ring of Isengard are listed below.

See Category:Nan Curunír Instances for more instances located within the same region as Ring of Isenguard.

NPCs found at Guard-house of Isengard:

These creatures appear as NPCs until challenged in the quest Their Best Interests:

Then.. pick one of three: 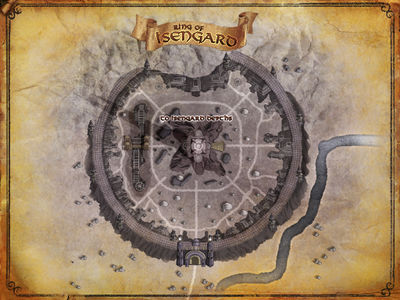 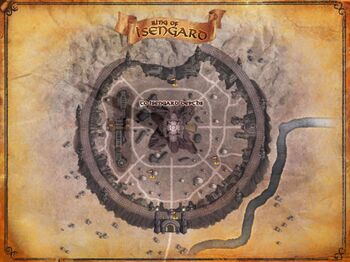