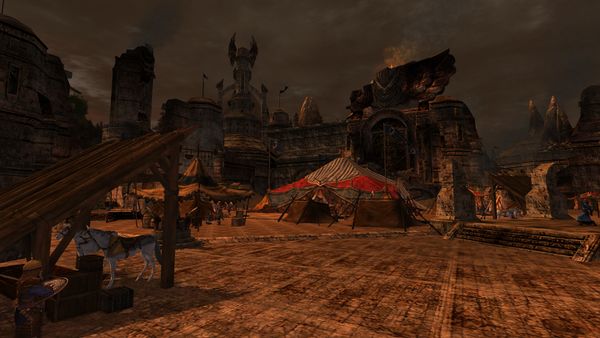 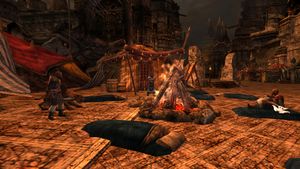 Rómendacil's Square is a landmark within the city of Osgiliath in Eastern Gondor. [61.6S, 8.0W]

Rómendacil's Square is an open plaza in the north-eastern corner of the city. It was named after the eighth King of Gondor, Rómendacil I, born Tarostar, the son of King Ostoher of Gondor. Rómendacil defeated the invading Easterlings when he was still a Prince, but was slain in battle when they invaded once again later. Ironically, the plaza named after him is now occupied by a force of Easterlings.