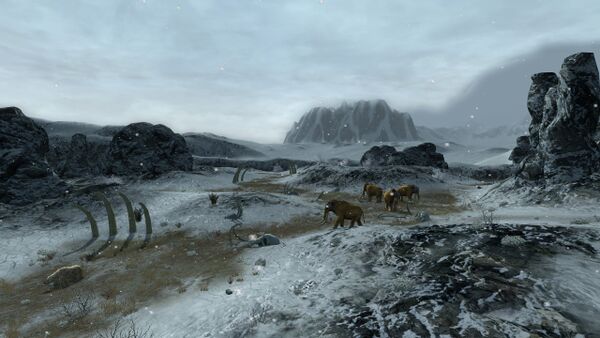 Lying near the main road, the dwarves and visitors of Zigilgund to the north have a good view of this graveyard and its denizens. This is a heavily trodden ground littered with tusks and skeletal remains of mammoths who have made their final pilgrimage to rest. Between the mammoth carcasses many bears have taken opportunity to scavenge and hunt among the bones.

At the southern border Mika has set up camp, an experienced hunter. He is well aware of Angmar's attempt to gain control over his land and the sorrows those evil servants seek to cause the Lossoth. 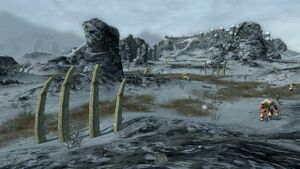 The graveyard with Zigilgund in the background