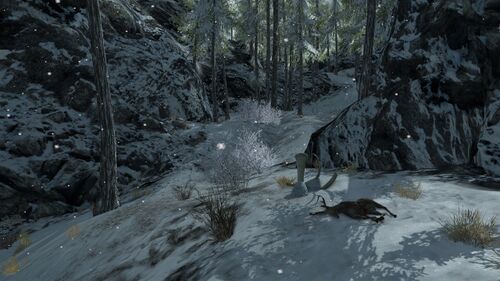 In the west-most mountains of Taur Orthon a few paths wind themselves uphill in the gullies between towering rocks. Here a large population of wargs have their den and at the topmost nook their leader is resting. Also elks are straying this way, ending their life as warg-dinner. Halfway up is found a lost raven, confused in these unfamiliar surroundings and the many hostile beasts, and in need of escort to safer ground. 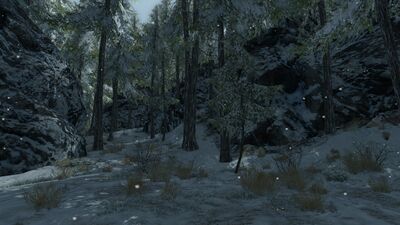 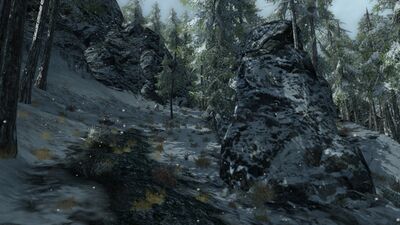