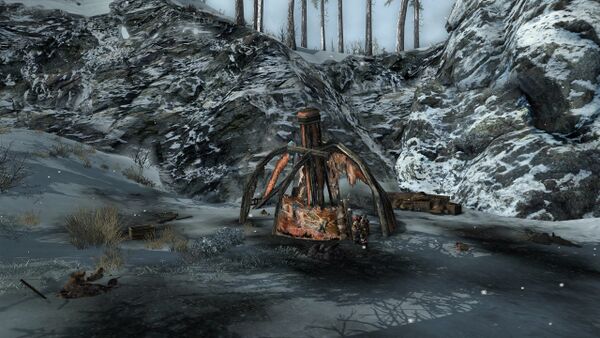 This sentry camp lies in the north-west of Taur Orthon, in a nook under the towering mountains to the north. Originally the camp was intended to serve as a lookout for the forest's border with Kauppa-kohta, however, the tent has recently been torn apart by wolves and Urho is found shivering in the remains, without food or supplies. 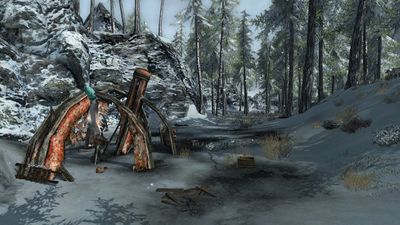