Gates of the Sun 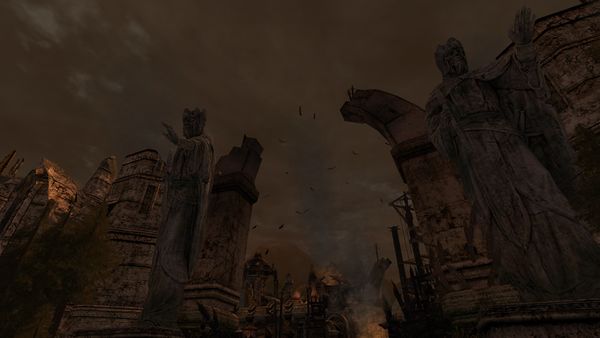 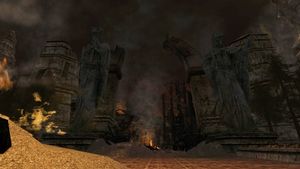 The Gates of the Sun by night. 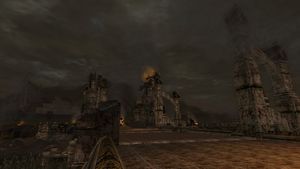 View of the Causeway outside the Gates of the Sun, towards Minas Tirith.

Set into the western walls of the city, the Gates of the Sun were a part of the defenses of the city of Osgiliath. Heading out these gates, travellers could ride along the raised causeway over the river's mud flats and swampy terrain, through the Causeway Forts. Eventually they passed through the damaged walls of the Rammas Echor into the farmlands of the Pelennor Fields. Continuing down the road one arrives at Minas Tirith (formerly called Minas Anor) to the southwest, built into the mountainside of Mount Mindolluin at the eastern terminus of the White Mountains.