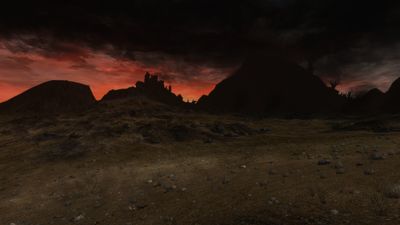 Dagorlad is an area within the Wastes.

It is a vast dusty plain in the north-eastern stretch of the Wastes, between the Noman-lands to the west, the northern extent of the Dead Marshes to the north, the Slag-hills to the south, and Lang Rhuven to the east, at the passage to Rhûn. It is largely a treeless wasteland, bereft of life and beauty, in close proximity to the Black Gate of the Morannon.

Candúr
These quests unlocks in sets if 3. Turning in one quest from a set unlocks the next set. Completing this quest chain will unlock the final quests needed to unlock the fellowship crafting instances. The final quests are listed under The Slag-hills.
Note: If you only want to unlock the crafting instances, you simply need the sequence The Escape -> The War-party -> The War-leaders, and can ignore the other Lang Rhuven quests. 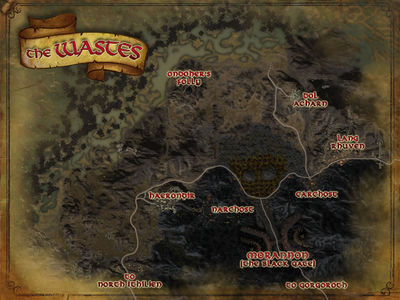 Dagorlad in Sindarin means "Battle Plain" and refers to the major battle between the army of the Last Alliance of Elves and Men and the hordes of Mordor at the end of the Second Age. The plain occupied more of the Wastes at this time, however the Dead Marshes expanded and flooded the graves of many Men, Elves, and Orcs. The land lying before the Morannon was piled with the refuse of Mordor, forming the Slag-hills.[1]