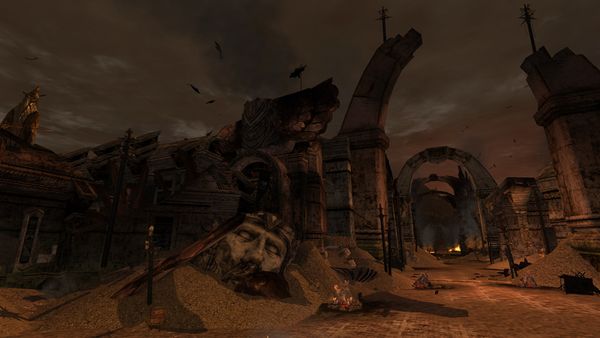 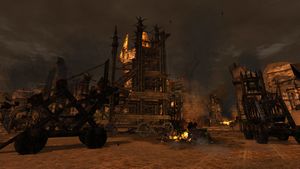 The Court of Anárion is a landmark within the city of Osgiliath in Eastern Gondor. [63.1S, 11.2W]

Just within the western walls of the city, the Gates of the Sun provide entry into the open plaza known as the Court of Anárion. This open-aired plaza provides a gathering spot for the denizens of the city's western bank to carry out their daily business. Travelling eastward, passing the High Archives and the Armoury along the major thoroughfare through the city, one crosses the Anduin over the Great Bridge to come to the city's eastern bank.

This open expanse is named after Anárion, prince of Minas Anor (later to be re-named Minas Tirith), the younger of the two brothers co-ruling Gondor after the fall of Númenor.