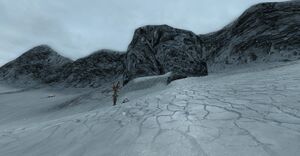 The exterior of Bregmor's Den 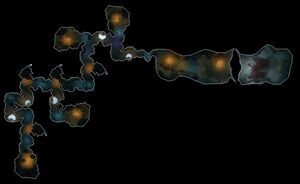 Map of the instance

This cave is located in the northern-most section of Länsi-mâ, near the western end of the line of Gauradan markers. To enter the cave it is required to have an Epic quest, and entering will then start its instance.

It is told among the Lumi-väki that the dragon Bregmor was once the scourge of these cold lands, but his terror ceased. Now it is believed that the minions of Amarthiel may be seeking the hide of the Dragon of Forochel to repair the great bellows of Mirobel, the Ring-forges of Eregion. Dragon-hide is known to be strong and durable. But can the Free Peoples hinder the Angmarim from skinning the dragon? — based on quest text