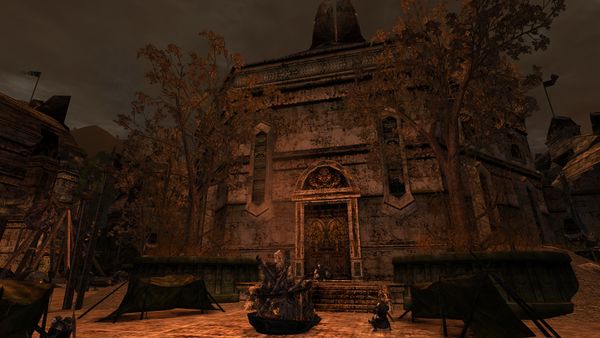 They were named for Ostoher, the seventh King of Gondor. He rebuilt and enlarged Minas Anor, later called Minas Tirith, and moved his summer residence there from the city of Osgiliath.

The Baths can't be entered, unlike several of the other buildings in occupied Osgiliath, and part of the Morgul-host is encamped around it.