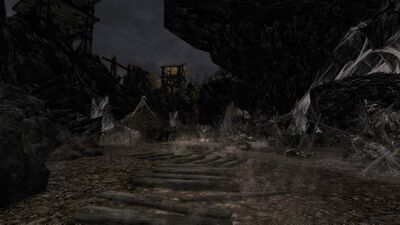 "One of the last hold outs of Orcs in Lhingris, the well fortified encampment of Kála-murg continues to be battered by Ungol forces."

The Hold of Kála-murg is a crafting instance in the Plateau of Gorgoroth. It is a level 115 instanced version of Kála-murg.

Kála-murg: The Final Stand is required to be in progress to enter. For this quest to be available, Allegiance: Daily Expedition Quests must be unlocked by completing Tales of Gorgoroth.

There is a Shadow of Mordor rating of 100 throughout the instance, and creatures are level 115. This instance can be completed solo or with two players. It is especially useful for Tier 11 (Doomfold) Foresters, for many Gorgoroth Branches can be found within.

May be active biweekly if not completed in other stockpile instances: