This page is about the Raid Instance. For the landmark in Dor Amarth, see Mordath.

"Determined to wield the lost Ring of Power Manthríf once more, King Váskmun Greytooth has led his Firehorn dwarves into the Abyss of Mordath, where the sunken foundations of Barad-dûr now rest. Meanwhile, the Order of the Eye has made haste to pursue the Firehorns, eager to avenge their fallen and contest the dwarves' claim to the greatest artifacts of the Dark Lord. Unbeknownst to any of them, greater still are the terrors Sauron hid away in the shadows of the Mordath...."

Within the instance, several landmarks can be found (contributing to the deed The Abyss of Mordath -- Explorer of the Black Pits):

The Abyss of Mordath Mobs

In the thrilling conclusion to the story introduced in Dor Amarth, descend into the Black Pits of Mordor in pursuit of King Váskmun Greytooth and the Firehorn Dwarves. The time has come to put an end to King Greytooth’s misguided quest to reclaim the lost Dwarf-ring Manthríf and avenge the threats he levied against the Dwarves of Durin’s Folk. The followers of the Order of the Eye are also searching the Abyss, and neither group knows the true terrors that lurk in the deepest shadows there.

Most of the loot below can be bartered for with Motes of Enchantment after completion of the deed The Abyss of Mordath -- Tier 2 at the following NPCs: 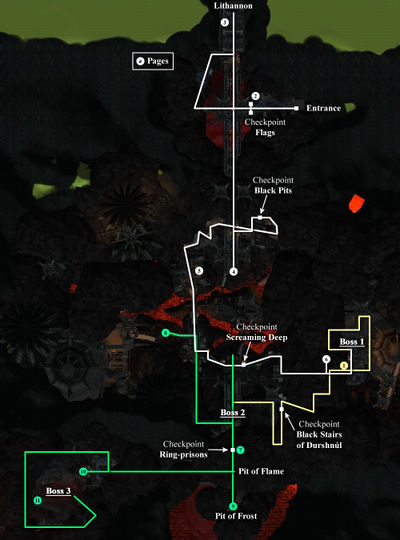 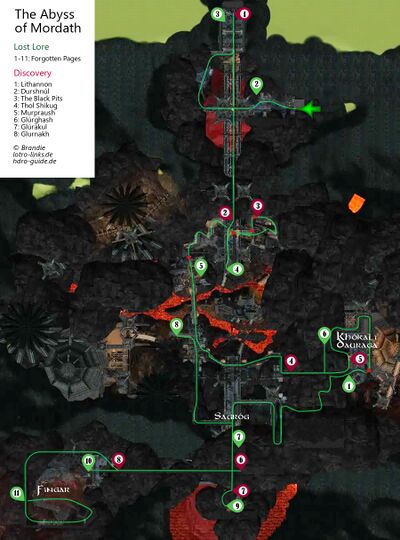