This page is about Stormwall (Instance) - Solo/Duo, Small Fellowship(3). For Stormwall, the landmark, see Stormwall. 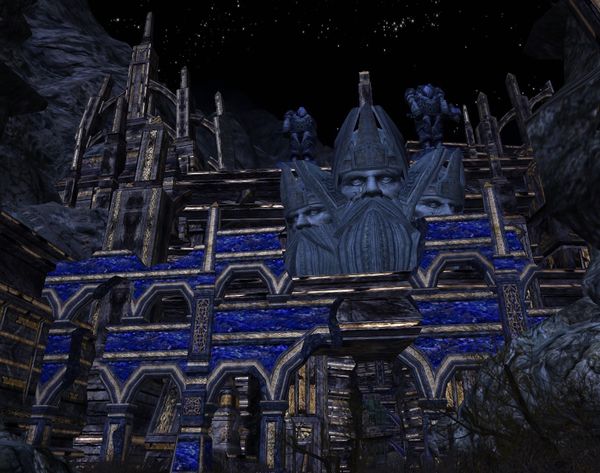 This instance is part of The Grey Mountains Instance Cluster.
It is also referred to by its quest name the "Caverns of Thrumfall"

This is a scaled instance, designed for Solo / Duo or Small fellowship (3 players) level 118 and up.
It is available in the Instance Finder.

Estimated completion time is between 15-20 minutes.

The path ahead is blocked by flame

The beast ahead does not seem to notice you, yet

Strange spiders gather in the caverns ahead

With the Drake's nest cleared, the path to Etterfang is now clear

You will be paused at the final flame barrier until Drengur the other Zhélruka dwarves arrive (Server lag). It will then drop and you can continue.

The Cavern Celing above Etterfang is starting to weaken

Your reputation with Grey Mountains Expedition has increased by 700. New Deed: Gathering Resources in Ered Mithrin

I have no idea what quest completed here to generate the following reward. The information appeared in my chat log, following the dialog above, about the stave, but I haven't found a matching quest/deed. 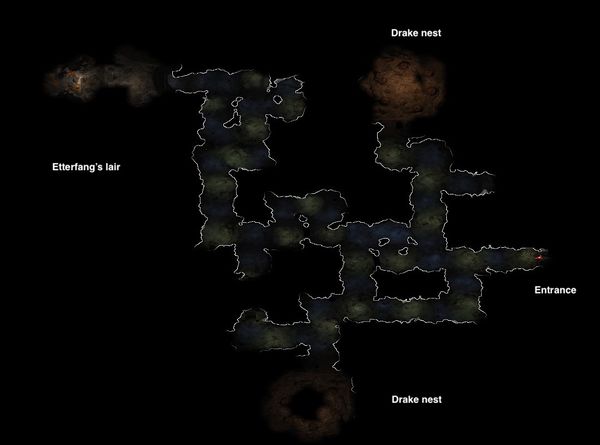