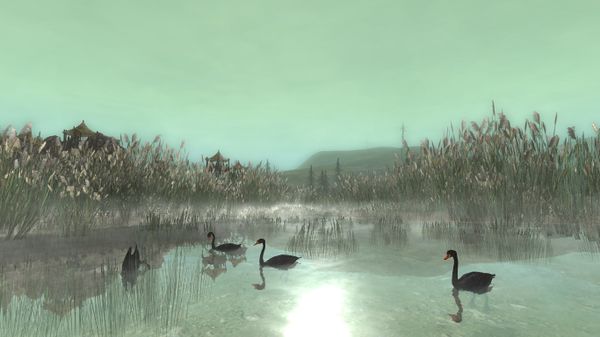 Rushgore is an area within the Great River region in Rohan.

Within the murky marshland of the Rushgore, ruthless brigands, once only a nuisance, have become a threat to the region.

A treacherous marshland, the Rushgore serves as the buffer between the fields of Parth Celebrant and the bleak Brown Lands. The eastern end of the Rushgore is one of the few places at which the Anduin can be crossed without the aid of boats.

Little is now known of the Rushgore and what was known has been lost to time.