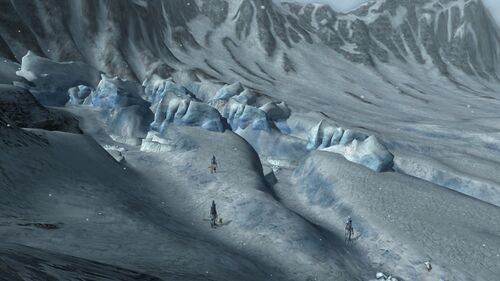 Under the south-western mountains of Talvi-mûri the nature has carved ravines and caverns in the ground, and the snow and ice have added to the wild landscape. Hot springs are also found among the crevasses, though not as large as around the Dwarf Channels to the south. These thermal vents are just letting out a little warm steam. Recently, many ice-giants have settled down here, coming down from the mountains to perhaps seek some shelter from the icy winds of these hostile regions. The Lossoth generally avoid the area given that there isn't much of interest among the ice, and thus the giants tend to keep to themselves. 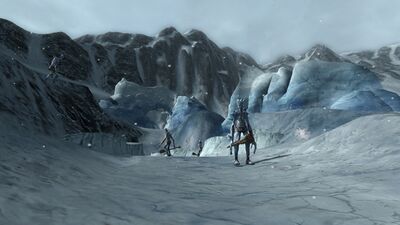 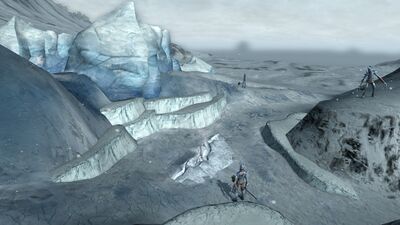 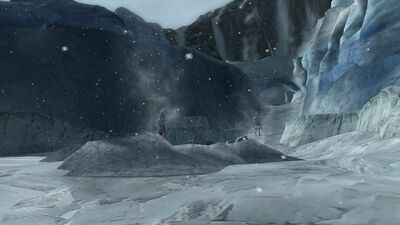 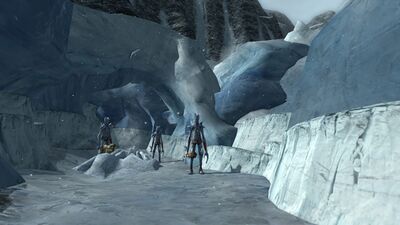