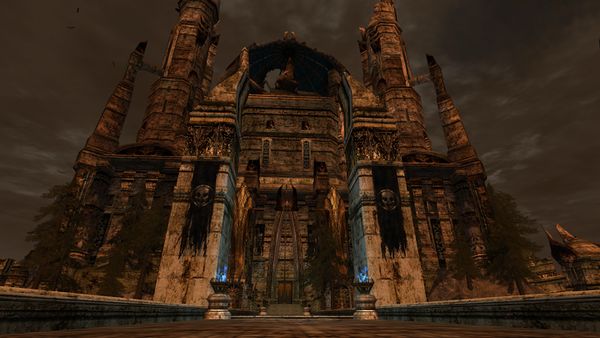 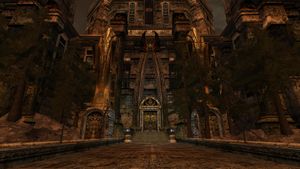 The entrance to the Dome of Stars. 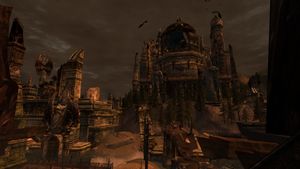 The Dome of Stars as seen from the Great Bridge.

The Dome of Stars is a landmark, public instance and World Instance within Osgiliath in Eastern Gondor. [61.5S, 9.1W]

The Dome of Stars was once the Hall of the Kings and Osgiliath's greatest structure. Despite the general ruin of the city of Osgiliath, this great hall still stands, although dark and noisome. Considering its current use it might have been better had this landmark fallen and been forgotten.