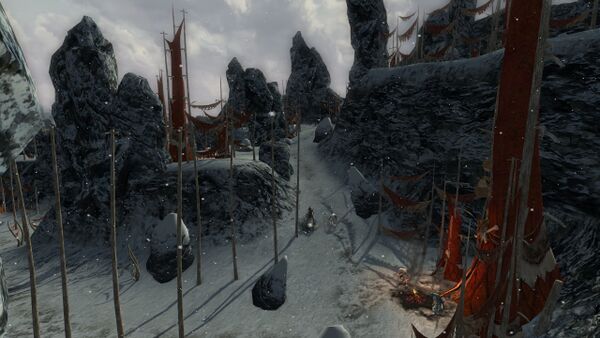 North of the hot springs in the north-western corner of Länsi-mâ, the fierce Gauredain have set up a very large camp on a strange amalgamation of cliffs and boulders. From the entrance at the southern side a path winds itself uphill past nooks and levels where the wolf-men have constructed campfires, shrines, and shelters. Around midway up the winding path their newest leader, Nadelek, can be found performing a dark ritual emanating a sense of dread and terror throughout the upper levels of the camp.

The upper levels of Barad Gaurhoth inflicts Dread +3 on adventurers.