The Walls of Moria 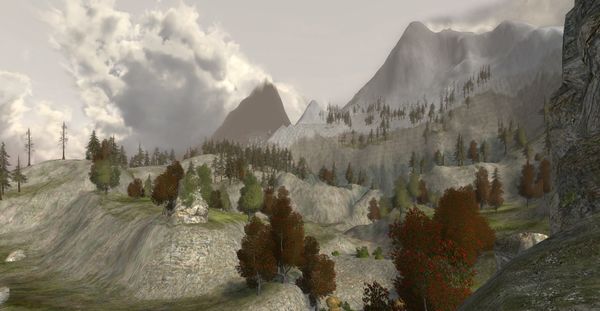 The Walls of Moria is an area in Eregion. This is the approaches to the entrance for the dwarven halls of Moria. The area is now overgrown and rank, and fell beast have moved into the water and land. The dwarves have returned to re-open the door and discover the fate of of the previous king

The Walls of Moria is the "introduction" area for access into Moria proper. The quests here can only be completed prior to the Dwarves opening Moria.

Completion of quests in this location grants the ability to use Legendary items.

The Walls of Moria Locations

Locations found within the area of The Walls of Moria are listed below.

The only materials available xx leather

At the height of Eregion's power, a road ran out of that land towards the western Misty Mountains. At the Stair Falls, it led over a small cliff, and then down a shallow valley running eastward, and led towards a wall of immense, unclimbable cliffs: the Walls of Moria.

At the road's end was the West-gate of Moria, which at that time would have been kept open most of the time, guarded by Dwarven doorwards. In the middle of the Second Age, the War of the Elves and Sauron saw Eregion laid waste, and the West-gate was shut. By the craft of its makers, the doorway blended into the Walls of Moria, and could only be opened again by one who knew the password. 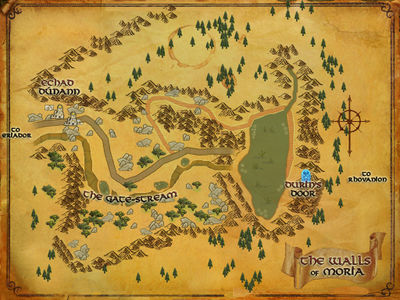 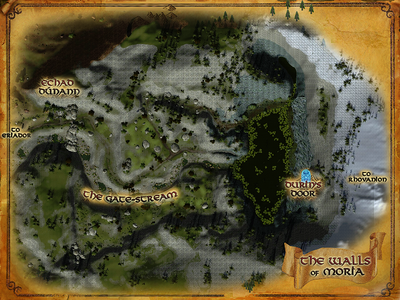 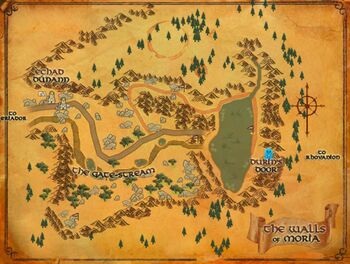