The Lord of the Rings Online: Rise of Isengard 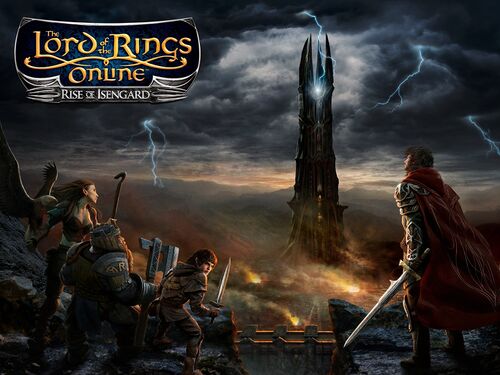 Lord of the Rings Online's third expansion was released on September 27, 2011. Named "Rise of Isengard", this expansion introduced the player to the rising power of the wizard Saruman. The expansion was originally sold as a web based download.

This page aims to give an overview of the release history and the main features of the expansion. A full overview of all game changes can be read in Rise of Isengard's release notes.

June 7, 2011, Turbine officially announced the development of Rise of Isengard. Pre-ordering was opened the same day.

At the time, three expansion versions were available: a base edition for $29.99, a heroic edition for $39.99 and a legendary edition for $49.99. In addition to the expansion, players who pre-ordered gained some extra perks. The following table shows the content and pricing of each edition.[1][2]