The Lord of the Rings Online: Before the Shadow

This page is about the LOTRO expansion. For the area within Swanfleet or Cardolan, see Before the Shadow. 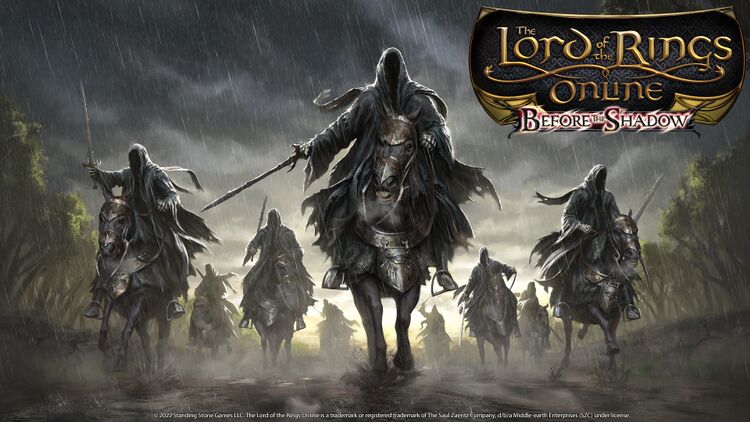 The Tenth Expansion to The Lord of the Rings Online MMO: Before the Shadow

Before the Shadow will send players into two new regions, Swanfleet and Cardolan, as Boromir makes his way north to Rivendell ahead of the meeting of what will eventually become the Fellowship of the Ring while the Nazgûl search for “Baggins” in the peaceful land of the Shire. Players will discover the threat rising from Mordor and Saruman's Uruks as they explore the far history of Middle-earth!

Before the Shadow features questing from levels 1 to 32 in addition to four new Books for new characters. Higher level characters will see a new six-person Instance, in addition to a new Skirmish, and a Delving difficulty system that will offer new rewards and challenges!

Players who are VIP and are logged into LOTRO.com with their game account are offered a 10% discount on any of the three editions of Before the Shadow.

Before the Shadow Teaser Trailer

Before the Shadow Teaser Trailer - The Lord of the Rings Online

New Regions & New Early Leveling Experience
Explore two new regions with a new leveling experience that can be played between levels 1 and 32. Help Mossward recover from gruesome Uruk attacks, defeat Orcs in Caras Gelebren, and reclaim the Hall of the Swift River. Reunite with Boromir, Captain of Gondor, make your way to The Shire and discover the meaning behind the ‘Grey Fear’.

New Delving System
Test your skills with the new delving system! Higher level characters can increase the difficulty of new missions included in the Before the Shadow expansion to earn additional difficulty tiers and rewards.