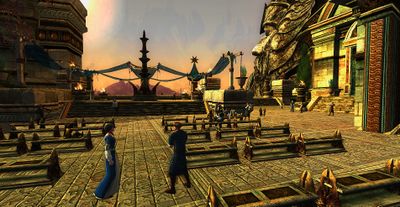 From the plateaus at the Harper's Court, in the western part of the city of Dol Amroth, the view across the Bay of Belfalas is breathtaking. Musicians and bards gather here to be inspired for new compositions and spread merriment in the city. 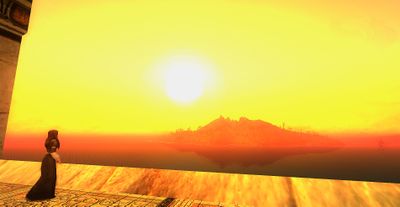 Sunset over the Bay of Belfalas