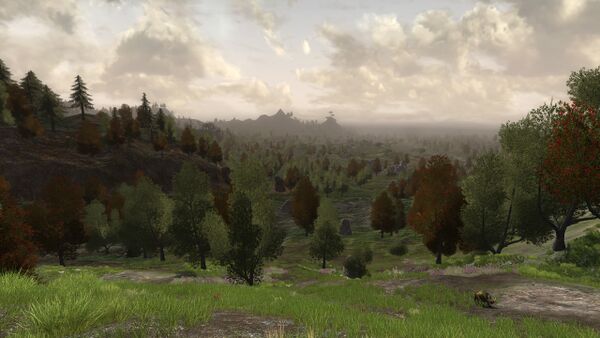 Tâl Caradhras (Sindarin for Foot of the Redhorn) is an area within Eregion, in the east central region.

East of the former Elven lands of High Hollin and Low Hollin is the unsettled wilderness called Tâl Caradhras. These lands form the mouth of the valley that leads upward, along the side of the mountain Caradhras, into the Redhorn Pass.

The Company of the Ring rested here before continuing on to the Redhorn Gate. Sam Gamgee clearly took the opportunity to provide a fine meal for the Company ... — Deed

It was here that the Company of the Ring set camp in the Redhorn Gate. Gandalf was forced to show forth his power to light the fire, revealing himself to all who had the ability to recognize it, putting the Company in jeopardy. — Deed