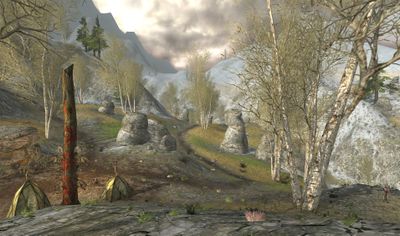 Fanuidhol is the eastern and one of the three highest peaks of the Misty Mountains. It was once said to be great, but now it is barren, with Orcs and Goblins prowling around in camps they have established, threatening and planning an assault on Lothlórien which lies just at the base of the mountain.

These landmarks are located within Fanuidhol: