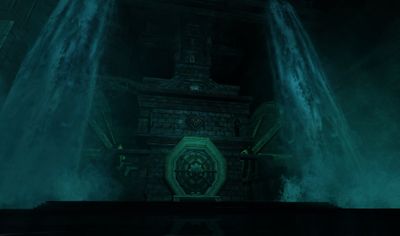 Hidden deep under the Water-works lies a huge network of corridors, filled with streaming water. Once upon a time this water would have been controlled by the Great Wheel, located above it. In a great hall the mechanics are still found, now rusted. Foreman Indrith spends his time staring at it, contemplating about how to get it to work.

There are two entrances to the Chamber of Wheels: one in the west and one in the east. The western entrance leads to parallel corridors, full of streaming water. These ways are infested by salamanders and lizards. There are two places where the water would have reached the great hall with the wheel mechanics in the east - the abyss is so deep, though, that you will encounter certain death if you try to jump down. The eastern entrance leads directly to the great hall with Indrith and the mechanics of the Great Wheel. 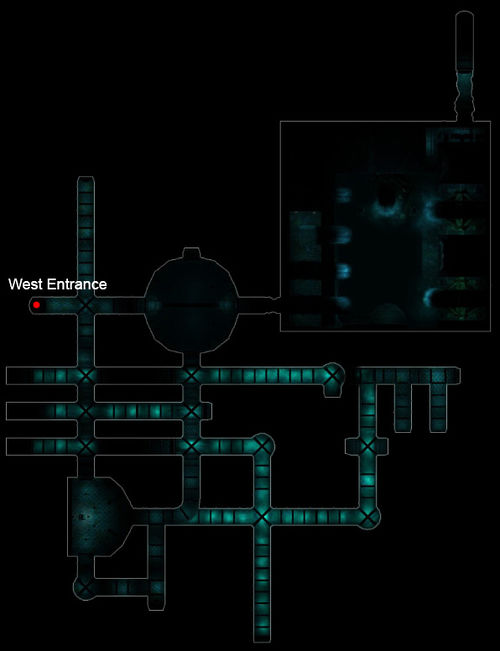 This map shows the western part of the Chamber of Wheels.