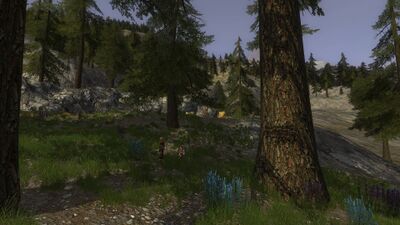 The Bandit Encampment is a landmark within Lamedon in Western Gondor. [64.2S, 61.3W] The camp is near to the town of Dínadab, which has been left largely undefended as most of the soldiers of Lamedon have gone to Minas Tirith with their lords. Bounties have been placed on the bandits here, but few remain in the area with the skill to collect on them.

The following creatures can be found at the encampment: