Udúnion (Sindarin for Scion of Udûn) is found within Barad Gúlaran in Nan Gurth, in Angmar. He is the final and most difficult boss of the instance.

Udúnion engages after Múlvuirë has been defeated. He is shackled in place by a Bound in Fire debuff until he has lost approximately 10,000 morale, when he says "Enough! Flames unbind me. Shield me from the Light!"

As soon as he has broken these bonds, he can move around and also begins to cast his signature abilities. In order to interrupt his casting, the appropriate item must be used. These items are Staff of Dark Shadows, Horn of Anor and Scroll of Ruin, obtained from Afraig, Coblaith and Castellan Wisdán. They must each be used at a different Seal (glowing runed circles in the west, north and east of the room), depending on the ability that Udúnion calls out. Players who stand on one of the Seals to interrupt him will receive a Vulnerable debuff, which greatly increases their chance to become affected by an "Affliction". For this reason, do not stand on top of a Seal when it is not absolutely necessary.

The Affliction is a debuff that can randomly appear on any member of the fellowship throughout the battle. It appears most commonly on anyone who is or has recently been affected by Vulnerable. The icon looks like an eye with a black pupil, surrounded on the outside by either red or purple, the former representing an Affliction through Flame and the latter an Affliction through Shadow. The affected player must pay attention to this detail since Pure Flask of Conhuith and Pure Healing Draught share their cooldown. Minstrels, Lore-masters and Captains should also be prepared to use their wound- or fear-removing abilities. Once the debuff appears on a player, they have 10 seconds to cure it. If it is not cured in time, it will result in the instant defeat of the affected player. 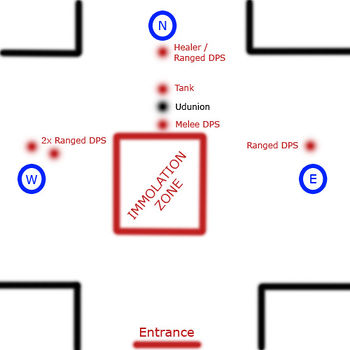 It is recommended to have three ranged damage (ie. hunter, lore-master) members in the fellowship. This allows for Udúnion to be tanked just north of the "Immolation Zone" while all possible signature abilities are covered easily. The Immolation Zone is the middle area of the room that causes an Immolated effect on players standing within it, so it is not a good idea to fight him there. The Minstrel should have the Horn of Anor, and be positioned just below the North Seal. Two ranged damage members, one with a Staff of Dark Shadows, should stand slightly north of the West Seal. The last should have the Scroll of Ruin, and stand slightly north of the East Seal. With this positioning, the Minstrel will be able to reach all members of the fellowship with heals.

Once Udúnion makes a signature ability call-out, the appropriate player should step onto their Seal, activate their item, and then step back out of the circle into position. This must be done within approx. five seconds after the call-out. During this time it is likely that the player who stepped onto the Seal has received an Affliction debuff, and it will need to be cured as soon as possible.

If all goes well and the strategy is executed properly, Udúnion will be interrupted when casting all his signature abilities, and no members of the fellowship will be defeated due to an Affliction. Within about 5 minutes, his morale will be beaten into dust, and the great terror within Barad Gúlaran will be no more.

Note: For Captains, Last Stand does not save you from the debuff.

After the Breaking of Thangorodrim, many of the Balrogs and their Rogmul minions were destroyed or banished beyond the bounds of the material world. One of these was the Rogmul Udúnion. He fought beside his lord, Thaurlach, and tried to follow him into hiding, but was trapped by two Wizards and cast into the world of shadow.

These two Wizards eventually passed into the far East, and Udúnion was forgotten by nearly all who lived. Forced to wander the shadows, able to see but not interact with the physical world, Udúnion witnessed the fall of the North-kingdom, the defeat of the Witch-king, and the power of the Dark Lord Sauron diminished as Isildur cut the One Ring from his finger. Now he bides his time, waiting for his freedom. 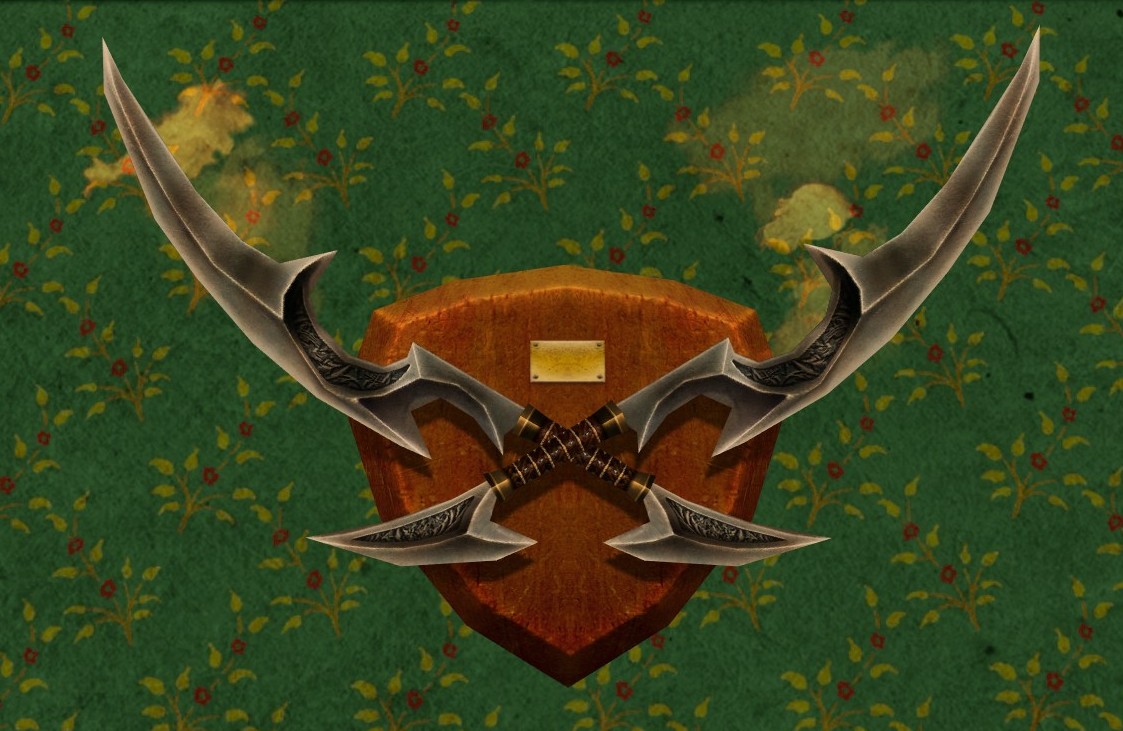