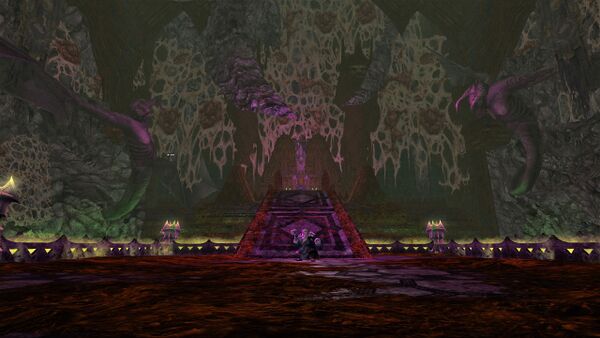 This instance is part of the Wells of Langflood Instance Cluster.

Askâd-mazal, the Chamber of Shadows
"Long ago, Durin the Deathless sealed away an evil being known as the Shadowed King. Driven by intense jealousy, he wears the face of the Father of the Longbeards and builds a kingdom deep beneath the earth; a twisted reflection of the dwarf hall above, a mockery of the grandness of Khazad-dûm. He must be defeated, or his demented visions may become reality."

This is a scaled instance, designed for a Solo / Duo or Small Fellowship (3 players) level 50 and up.
It is available in the Instance Finder after completing the deed Discovery: Askâd-mazal, the Chamber of Shadows.

Estimated completion time is between 10 - 40 minutes.

These mobs are encountered within Askâd-mazal:

Kill the mobs to advance across the bridge and face The Shadowed King.

During the fight with the Shadowed King, Oozing Darkling and Frenzied Dark-maw adds will spawn periodically. These need to be killed as the Oozing Darklings drop fear puddles and the Frenzied Dark-maws apply a dot on their target. Periodically, The Shadowed King will say "Atmên ambâkh tabi ablâkmâ!" and everyone nearby will be thrown away and receive a large amount of damage. When The Shadowed King reaches half morale, his true face will be revealed and he will phase, saying

The Shadowed King shouts, "You dare reveal my true face?! You will die for this transgression!"

and then the fight continues. Once defeated, he will phase again and speak the following before dying:

The King's Chest can contain the following items. 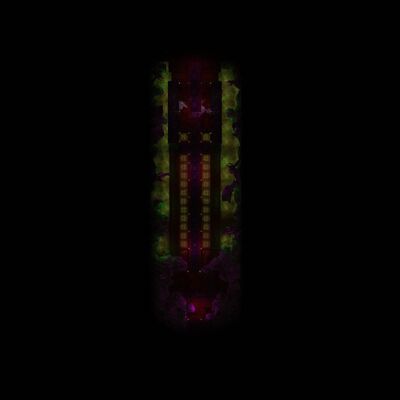