From Lotro-Wiki.com
(Redirected from Traps)
Jump to navigation Jump to search

Trap skills are an unique Hunter utilisation that allow the Hunter to place a trap on the battlefield. Each trap can only affect a single enemy. The ways traps affect enemies are numerous: from rooting to damage over time or fellowship conjunctions. Traps have an induction. After execution of the skill and the induction, the trap will be located in front of the Hunter. Every Hunter has a basic Trap skill, Set Trap. For Mounted Combat, every Hunter has Lay Trap. Hunters who specialise in the Trapper Of Foes trait-tree gain access to more trap skills.

Since Update 12 Helm's Deep, the Trapper Of Foes line has been revised. From the Hunter Developer Diary:

An important issue that we wanted to address in this update, aside from making each line feel unique, was enhancing the usability of traps for the hunter. With an entire line being built on traps, we wanted to make sure they were exciting and fun to use.

Before the revamp, traps felt a little out of place. Not useable in combat, long inductions to place, it felt like a hunter really had to prep before a pull. If this pull was somehow initiated before the hunter was ready, then traps became something they didn’t concern themselves with anymore. Another concern was many mobs the player encountered, became immune to CC, severely limiting the use of traps. When it came time to revamp the trapper line, we wanted to incorporate traps into their rotations and play. Being useable in combat, reducing the induction or removing it in some cases, being able to place them via ground targeted, etc. all seemed to really make traps a lot more fun and engaging to use. Having the trapper get additional debuffs and buffs based off their traps being used on enemies also helped mitigate any perceived loss of importance in group play.[1]

Trapper of Foes Hunters gain access to more traps and the traits from this trait tree boost trapping in multiple ways. A very important trait for the trapper is Advanced Placement. This trait changes trap skills into ground-targeted ranged skills with a 20m range. On use, a ground-target circle will appear which can be moved. After using the mouse to move this circle to your enemy, click and the skill will be executed, placing the traps in the circle area. 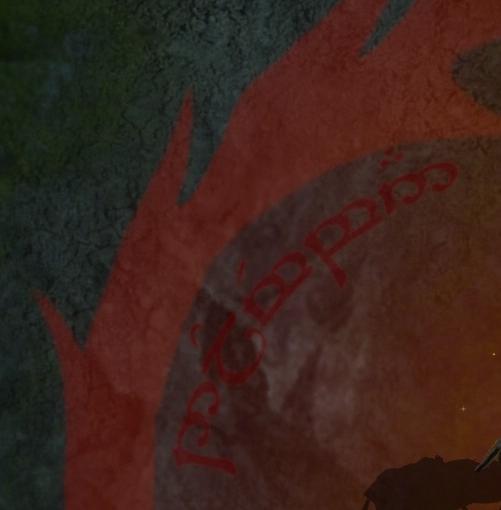 This one appears to say DOLEMBAN, from Sindarin dolen + band, 'hidden prison'.