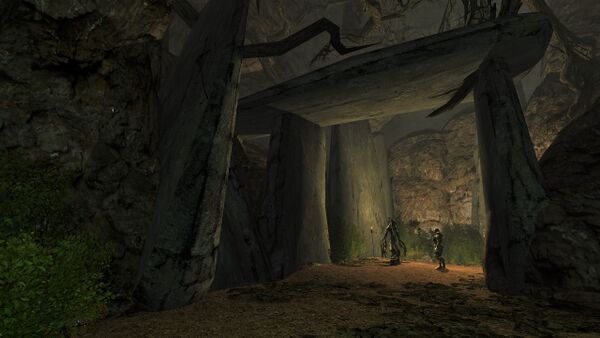 Tawarond is a public dungeon within Glâd Ereg, in Eregion. 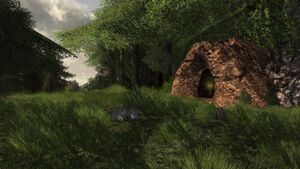 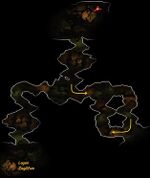 This cave is located within the dense thicket of Sâd Thareg and is home to a large amount of wood trolls who are corrupting the surrounding forest from within the damp, dark chambers. More concerning is the presence of a high ranking Uruk Captain, meaning that the wood trolls are likely acting under the orders of Saruman.

Access to Tawarond is granted when having the quest Leader of the Foul Wood and always after its completion. (This might be a bug though, as the instance quest is auto-bestowed every time a character enters the cave.)

These deeds can be advanced by defeating Logon:

"Zagâfum, leader of the Wood-trolls of Glâd Ereg, has been discovered. The corruption that the Wood-trolls are inflicting upon the forest is unfathomable, and worse, unnatural. I cannot help but believe Saruman has his hand in the matter." — Instance text