"Your search for Faramir leads you to the subterranean tunnels under Osgiliath, where he may have fled to escape an enraged fell beast. Shed light on the Ranger's disappearance by delving into the darkness."

The Sunken Labyrinth is a 3-man World Instance in the Osgiliath Culverts in Eastern Gondor.[62.7S, 8.8W]

This is a scaled instance, designed for a small fellowship (3 players) from level 50 and up.
It is available in the Instance Finder. 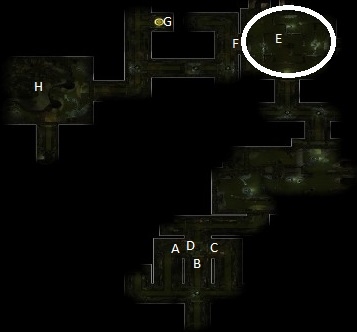 The challenge requires you to kill 30 Culvert-slugs in 30 minutes.