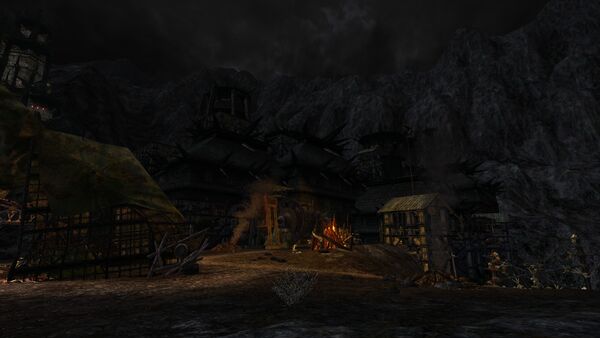 Mornaur Lookout is an unmarked landmark within Udûn in the Plateau of Gorgoroth. [43.9S, 0.1E]

It is an Orc encampment in the west of Udûn, on the ridge top north of north of Mornaur itself. As a location involved in Allegiance Quests, it is guarded by level 115 creatures and has a has a Shadow of Mordor rating of 100.

Orcs are likely to attack if a banner location is approached, even if they are not in usual aggro range. It is possible to drop down from the outcropping at the top of the Overlook without suffering incapacitation by misadventure.