This item is available during LOTRO Anniversary Celebrations since 2017.
The Anniversary Keg is a reward for completing the Ten Years in Middle-earth deed.

Drinking from the keg applies the effect 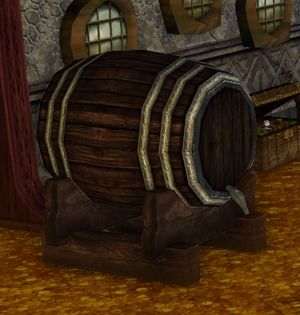 Once the furniture is used, the player will be endowed with the buff

Party Time. When the buff expires, the player will collapse and then be teleported to one of several random locations in Middle Earth: