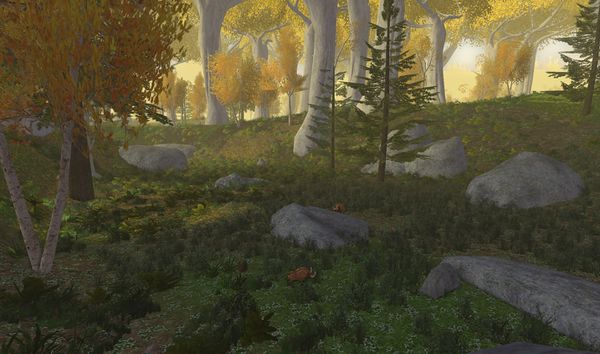 Gworast is a lair of boars in the eastern part of Lothlórien. It is notable for the rocky outcrops set down in a small dell bordering the river. It lies to the eastern edge of Loríen next to the Anduin river. [12.8S, 62.9W]

The following creatures can be found in Gworast;

of Lothlórien. Possibly related to the quest in this area.