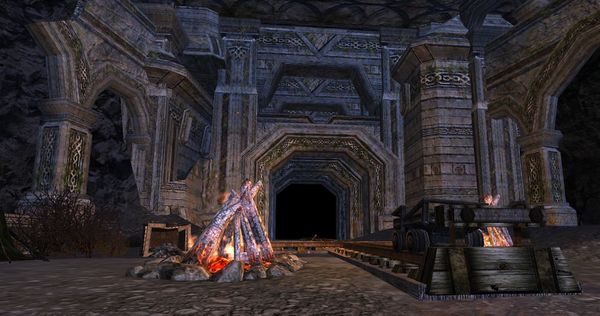 This is a scaled instance, designed for Solo/Duo or Small Fellowship (3 players) of level 118 and up.
It is available in the Instance Finder.

These mobs are encountered within the Glimmerdeep instance:

Orc Sentry says, The Herald let us mine here!

Dispatch Hobgoblin Driver from the platform on the right

The miners up ahead are not pleased with your presence

Dispatch one or two Golblin workers.
As you approach the next leaver, the Hobgoblin Driver and Pale-folk Worker will attack. Dispatch them.

The only way forward is this recently repaired, rickety brdge

The chasm has been safely traversed

Claw-mark Writings you can find before you find Thruglok. (Writing numbers 3, 4, and 9 on the quest page.)

Dispatch the two Goblin Workers across from the cart

Follow the tracks to the left, at the next intersection,

following the tracks up to the platform, near the Spider webs,

Shouting can be heard on top the scaffolding ahead!

The gate to the scaffolding opens.
Two more Goblin workers attack as you proceed up the ramp. Dispatch them.

Thruglok is atop the next platform and does not agro until you approach.

The Hobgoblin dropped parts for the broken levers

A Troll Heaver attacks as you descend the platform.

A second Troll Heaver attacks as you follow the mine cart.

An Orc Sentry is at the next switch point - 3 switches.
There are now two goblin workers to the right where the Claw-mark Writing is located - dispatch them.

The leader from Gundabad is nowhere to be found

Two Hobgoblin Drivers and an Orc Miner are on the platform.

There must be some way to attract attention

Over the noise of gears and creaking platforms, a bellowing comes from the old spider Caverns!

Defeated Gast and Nûl!
Completed:
Glimmerdeep -- Solo/Duo
Your reputation with Grey Mountains Expedition has increased by 700.

Completed: Across the Chasm
Your reputation with Grey Mountains Expedition has increased by 900. 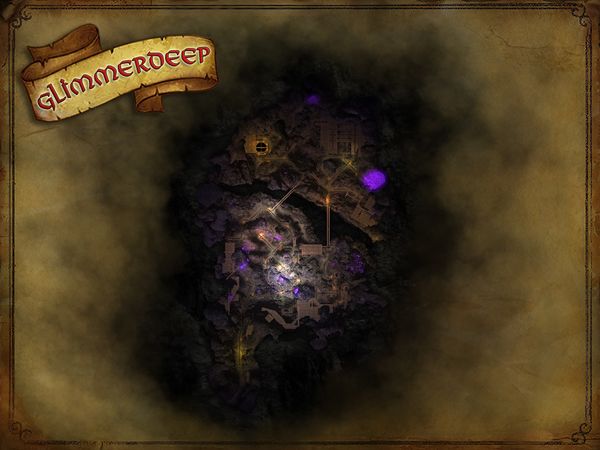