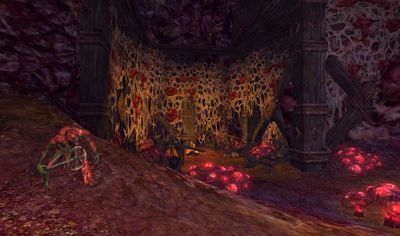 The caverns of Dalgum-ru have never been safe. Even in Durin's day, miners who entered these twisted passages would sometimes disappear without trace, and rarely would an expedition pass through without reporting strange shadows moving just beyond the light of torches, but never clearly seen.

Dalgum-ru is located south of The Shadowed Refuge in the Foundations of Stone. [14.2S, 101.6W]