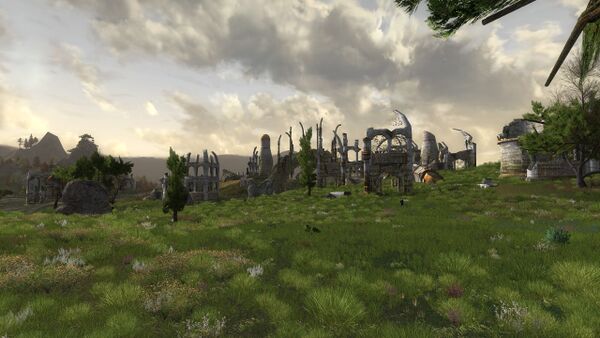 These sprawling ruins were once a magnificent city and stronghold of the Noldor long ago. Despite their current state, they are still quite a sight to hold, especially in regards to the central bridge which has held up decently well. Unfortunately, half-orcs have invaded the ruins in present day, and plunder the area for anything potentially valuable, whether to them or to Saruman. Before the half-orc occupation, Elves would pay visit to the ruins and leave statues in remembrance, and one Elf captured. 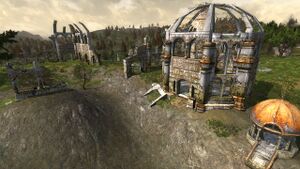 The northern ruins seen from atop the bridge 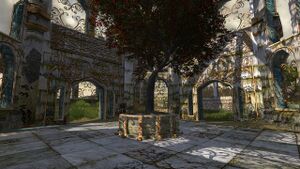 A remnant of the beauty once held

These deeds can be advanced by exploring Barad Morlas:

At the height of Eregion, Barad Morlas was a major city and stronghold of the Noldor, but it fell into shadow when Sauron destroyed Eregion. — Deed