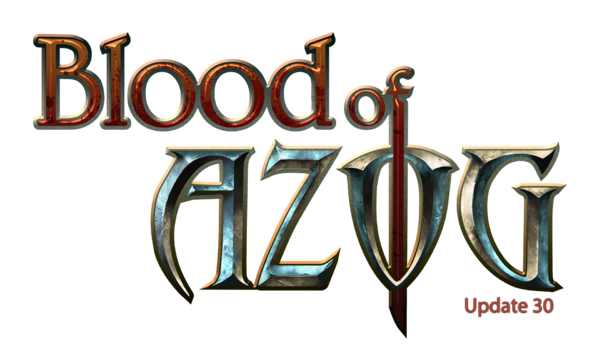 Interlude: Blood of Azog After the escape of Gorgar, son of Bolg, and the sealing of the gates of Mount Gundabad by Hrímil Frost-heart, Prince Durin faces his first true test as the leader of the Gabil'akkâ. As Durin weighs whether it will be vengeance or wisdom that guides his hand, Lord Glóin's thoughts turn to conflicts of old. All too familiar with the triumphs and sorrows of Durin's Folk, Glóin hopes that a lesson in history might temper Prince Durin's desire to bring the War of Three Peaks to an end heedless of all cost.

Blood of Azog introduces a new story set after the events of the War of Three Peaks that allows the player to experience historical moments in Middle-earth’s history as Prince Durin and the Gabil'akkâ make ready to reclaim Mount Gundabad. Meet new characters, see additional Dwarf-folk clans, and prepare for the adventures to come in Gundabad! Players can begin this story by talking to Glóin inside Annâk-khurfu in Elderslade. The Blood of Azog is FREE to VIPs and available to purchase in the LOTRO Store as a Quest Pack inside of the game.

Tales of Yore: Azanulbizar Among the Dwarves of the Lonely Mountain, studious scholars have kept detailed accounts of the history of Durin’s Folk. Within these lengthy volumes is the tale of the Sixth War of the Dwarves and Orcs, which ended with the Battle of Azanulbizar. Players will experience the momentous events of the battle as their own characters, but through the eyes of Hermáth Stormhammer, a hero of Durin’s Folk, as recounted in his written works. Players can begin the Tales of Yore: Azanulbizar content by following the Blood of Azog interlude questline from Glóin at Annâk-khurfu in Elderslade. Players who wish to jump immediately into Azanulbizar, can travel to Akrâz-zahar in the Dwelling-halls of Erebor and click on the Tales of Yore: Azanulbizar collection of books to travel to the new quest area.

As part of the addition of Azanulbizar, T.A. 2799, Update 30 also includes a small visual update to The Lord of the Rings Online’s Dimrill Dale, first introduced in the Mines of Moria Expansion.

Raid: The Fall of Khazad-dûm Although the fate of Khazad-dûm was all but certain by the year 1981 of the Third Age, the Dwarves of Durin's Folk resolved to make a final stand against the Balrog of Morgoth better known as 'Durin's Bane'. In this new 12-player raid, players will join King Náin I and his vanguard, including Nafni, as they valiantly attempt to drive Durin's Bane from the Second Hall. Can the Dwarves of Durin's Folk prevail against this ancient foe or do they merely delay the inevitable? Witness a battle against Durin's Bane like you've never seen before in the Lord of the Rings Online!

Players can gain access to this new raid by approaching the gates of Khazad-dûm at Azanulbizar. In addition, players who have finished the main questline in Tales of Yore: Azanulbizar are granted an additional quest to complete the raid and earn unique rewards!